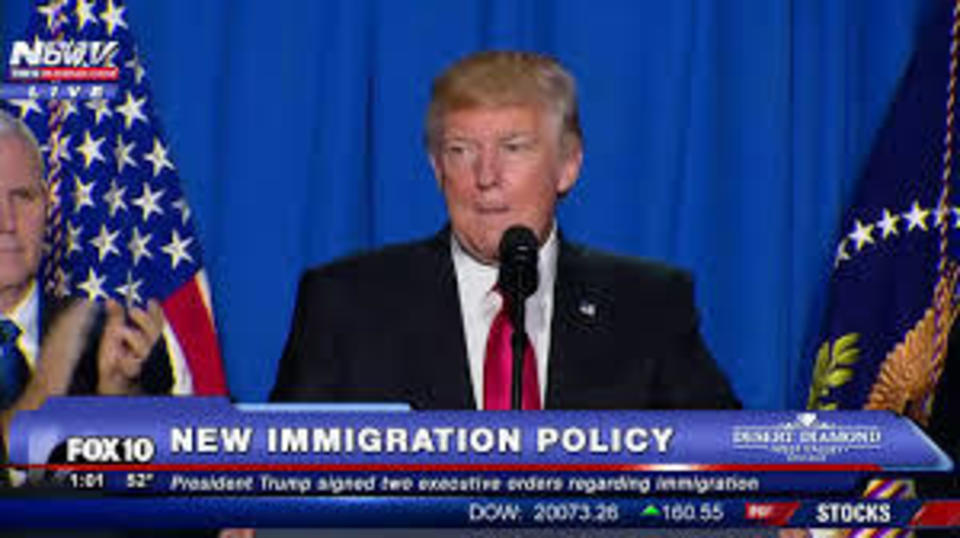 The Trump administration plans a far-reaching set of new immigration regulations that, if enacted, would profoundly affect employers, international students, H-1B and L-1 visa holders, EB-5 investors, asylum seekers and others. The proposed forthcoming rules are detailed in the administration’s just-released Unified Agenda for the Department of Homeland Security (DHS).

H-1B Visas: “As a result of more restrictive Trump administration policies, denial rates for H-1B petitions have increased significantly, rising from 6% in FY 2015 to 24% through the third quarter of FY 2019 for new H-1B petitions for initial employment,” according to a recent National Foundation for American Policy analysis. A new H-1B regulation would make life even more difficult for employers and high-skilled foreign nationals.

The summary of a forthcoming H-1B rule states it would: “[R]evise the definition of specialty occupation to increase focus on obtaining the best and the brightest foreign nationals via the H-1B program, and revise the definition of employment and employer-employee relationship to better protect U.S. workers and wages. In addition, DHS will propose additional requirements designed to ensure employers pay appropriate wages to H-1B visa holders.” (The target date for publishing a proposed rule is December 2019.)

The rule could be used to defend the administration against lawsuits from companies that contend many actions by U.S. Citizenship and Immigration Services (USCIS) on H-1B petitions have violated the Administrative Procedure Act by not going through the rulemaking process.

“Undoubtedly they will push the boundaries and aim for long-term, structural changes to the H-1B visa category,” said Lynden Melmed, a partner at Berry Appleman & Leiden and former Chief Counsel for USCIS, in an interview. “But absent new authority from Congress, going too far risks a court injunction and they could end up with nothing.

One way USCIS may try to push the boundaries would be to place into regulation the theory behind a March 31, 2017, internal document now used in adjudications that excluded computer programmers from qualifying as a specialty occupation. The document discusses computer programmers and tells adjudicators that since the Department of Labor Occupational Outlook Handbook states that “. . . some employers hire workers with an associate’s degree . . . it suggests that entry level computer programmer positions do not necessarily require a bachelor’s degree and would not generally qualify as a position in a specialty occupation.” (Emphasis added.)

The March 31, 2017, document notes this has applicability to many occupations and states: “The Policy Memorandum is specific to the computer programmer occupation. However, this same analysis should be conducted for occupations where the Occupational Outlook Handbook does not specify that the minimum requirement for a particular position is normally a bachelor’s or higher degree in a specific specialty.” (Emphasis added.)

“Companies may be surprised to learn how many different positions do not require a bachelor’s degree under Department of Labor standards,” said Melmed. “Employers may have to rethink how they approach their talent strategy.”

A new regulation that would “revise the definition of employment and employer-employee” will make it even more difficult for IT services companies and others that place employees at customer locations. Such companies already have experienced much higher H-1B denial rates due to USCIS policies that, attorneys say, have targeted the companies for tougher scrutiny.

H-4 EAD: The administration continues to place on the regulatory agenda a measure to rescind an existing rule that allows many spouses of H-1B visa holders to work. The target date for a proposed rule is March 2020. (See here for more background.)

L-1 Visas: The irony of USCIS trying to tighten the L-1 visa category is companies complain the Trump administration already has made it nearly impossible to gain approval of L-1 visas at U.S. consulates in India to transfer employees into the United States. Companies also cite U.S. consular posts in China as a problem. “Our refusal rate for L visas at consular posts in India is 80% to 90%,” an executive of a major U.S. company told me in an interview. Denial rates have also increased considerably at USCIS for individual L-1B petitions (used for employees with “specialized knowledge”).

According to the summary of a new item placed on the regulatory agenda: “In order to improve the integrity of the L-1 program, the Department of Homeland Security will propose to revise the definition of specialized knowledge, to clarify the definition of employment and employer-employee relationship, and ensure employers pay appropriate wages to L-1 visa holders.” (September 2020 is the target date for publishing a proposed rule.)

Companies note they already endure visa denials by consular officers who, with little background knowledge, decide that a company should only have a limited number of people who possess “specialized knowledge” – even though there is nothing in the law or regulation about a numerical limit within a company on employees with specialized knowledge of a company’s “product, service, research, equipment, techniques, management, or . . . expertise in the organization’s processes and procedures.”

Regulating on L-1 wages may place USCIS in legal difficulties. “As a practical matter, most employers already pay their L-1 workers at high rates of pay,” said Kevin Miner, a partner at the Fragomen law firm, in an interview. “We will want to see what specific regulatory proposals are made regarding wage rates for L-1 workers, since Congress specifically did not impose prevailing wage requirements in the L-1 statute. Adding requirements that Congress has not put into the statute would be an overreach by the agency and would call into question the legal viability of the new regulations.”

The administration continues to target Optional Practical Training (OPT), which allows international students to work for 12 months after graduation and 24 additional months in science, technology, engineering and math (STEM) fields. A summary of a rule proposal on the agenda states: “ICE [Immigration and Custom Enforcement] will amend existing regulations and revise the practical training options available to nonimmigrant students on F and M visas.” (August 2020 is the target date for a proposed rule.)

Ironically, Trump administration officials from the State Department recently praised Optional Practical Training. “OPT is one of our greatest strengths,” said Caroline Casagrande, a deputy assistant secretary at the U.S. Department of State, during a November 18, 2019, press event on international students. “And we know that students value the practical experience that they gain here in the United States and it is one of our most helpful recruitment tools as a reason that a student chooses to study in the United States.”

A 2019 National Foundation for American Policy study by economist Madeline Zavodny concluded, “There is no evidence that foreign students participating in the OPT program reduce job opportunities for U.S. workers.”

In 2018, USCIS issued policy memos that could cause many international students who unknowingly violate their immigration status to be barred from the United States for 10 years. On May 3, 2019, a U.S. District Court issued an injunction blocking the two policy memos following a lawsuit (Guilford College) filed by universities.

USCIS placed on the regulatory agenda plans for a proposed rule (with a September 2020 prospective date) called “Enhancing the Integrity of the Unlawful Presence Inadmissibility Provisions.”

“The recent announcement in the regulatory agenda regarding unlawful presence is likely a response to the Guilford College litigation,” Paul Hughes, a partner at McDermott Will & Emery and the lead attorney in the case, told me. “In Guilford College, the court issued a nationwide injunction blocking USCIS from applying this memo, both because it did not undertake the notice-and-comment rulemaking required by the Administrative Procedure Act, and because it was at odds with the statutory text. It appears that the administration is now trying to use rulemaking in an apparent effort to cure the procedural errors they made the first time.”

The Department of Homeland Security regulatory agenda contains at least two other measures of interest to the education community and international students. An item on the agenda (with a June 2020 target date for a proposed rule) states: “ICE proposes to vet all designated school officials (DSOs) and responsible officers (ROs), who ensure that ICE has access to accurate data on covered individuals via the Student and Exchange Visitor Information System (SEVIS).”

An item that remains on the regulatory agenda – with a February 2020 target date for publishing a proposed rule – would establish a “maximum period of authorized stay for students.” Currently, international students are admitted for the “duration of status” until they complete their studies. Universities warn changing to a maximum period of stay is likely to carry negative consequences for students.

EB-5: USCIS has proposed and finalized (November 21, 2019) a rule governing EB-5 (employment-based fifth preference) “immigrant investor classification and associated regional centers” that made significant changes to the category, including substantially raising the minimum investment amount for a foreign investor. The administration appears interested in further restricting the category with two items placed on the agenda. One would make regulatory changes to the EB-5 Immigrant Investor Regional Center Program, including how they file, and their designation, termination and continued participation. The other rule would “increase monitoring and oversight of the EB-5 program as well as encourage investment in rural areas.”

Family Sponsorship: After failing to convince Congress to reduce or eliminate most family-sponsored immigration, the Trump administration put forward two measures that could significantly reduce legal immigration to the United States: 1) an October 4, 2019, presidential proclamation (blocked at least temporarily by a court) would bar new immigrants from entering the United States without health insurance and 2) a rule on Inadmissibility on Public Charge Grounds – finalized on August 14, 2019, but blocked by an injunction.

A proposed rule on “Enhancing the Integrity of the Affidavit of Support” shows the administration wants to restrict and discourage Americans from sponsoring family members. “DHS intends to update regulations at 8 CFR 213a by aligning the requirements with the statutory provisions and amending sponsorship requirements to better ensure a sponsor has the assets and resources to support the intended immigrant at the statutorily required level,” according to a summary. “DHS further intends to update the provisions to allow the public benefit granting agencies to more easily obtain information from USCIS in order to seek reimbursement from a sponsor when the sponsored immigrant has received public benefits.”

Asylum: Many items on the regulatory agenda aim to restrict asylum, which has already seen wholesale changes in procedures in the past three years. All of the proposed rules are designed to make it more difficult for individuals to avail themselves of the U.S. asylum system.

Other Rules on the Agenda: The administration proposes to continue with its announced fee increases for immigration benefits, make changes that could affect adjustment of status and limit a future administration’s use of parole and employment authorization. “Removal of International Entrepreneur Parole Program” is listed on the agenda with a “final action” date of December 2019.

The Trump administration’s regulatory agenda on immigration is ambitious and far-reaching. It’s an attempt to lock into place changes to immigration policy that cannot be easily undone, regardless of the outcome of the 2020 presidential election. There is one glaring omission from the Trump administration’s regulatory agenda – any measure to make it easier for foreign-born individuals to work, study or live in the United States.

Source of the article: https://www.forbes.com/sites/stuartanderson/2019/11/21/trump-plans-far-reaching-set-of-new-immigration-regulations/#22858ead262a