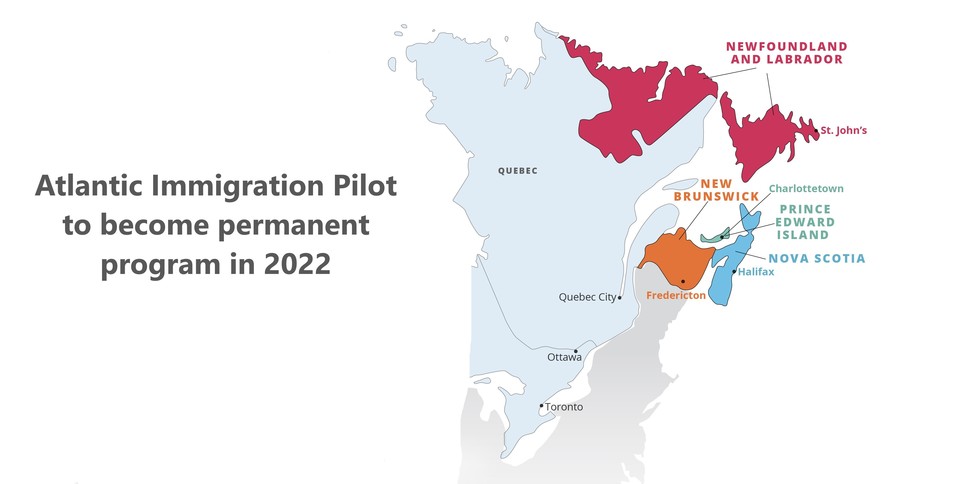 The Atlantic Immigration Pilot program was launched in 2017 to increase economic growth in Canada’s Atlantic provinces including, New Brunswick, Newfoundland and Labrador, Nova Scotia, and Prince Edward Island. The program was designed to attract skilled workers and unlike Express Entry, it’s focused only on those provinces.

To apply under AIP, you would need to meet minimum eligibility requirements and have a valid job offer from a designated employer, without needing to obtain Labour Market Impact Assesment (LMIA). The main goal of the program is to connect employers with foreign nationals who are interested in becoming residents of Atlantic Canada.

AIP has improved retention rates in the region and brought over 10,000 new permanent residents to Canada since it launched. The most popular provinces seem to be New Brunswick and Nova Scotia. The main reasons why newcomers wanted to stay in the province was because they liked their community, the cost of living was affordable, and they liked their job. The pilot program has shown success in both helping immigrants to relocate and supporting Atlantic Canada employers.

Following the success of the pilot program, it will remain permanent for upcoming years. IRCC will release details on the program this year, and will resume accepting applications under the AIP on March 6th, 2022.

Looking to see what immigration programs you qualify for as a skilled worker? Check out Immproved and find your immigration score in under 10 minutes.