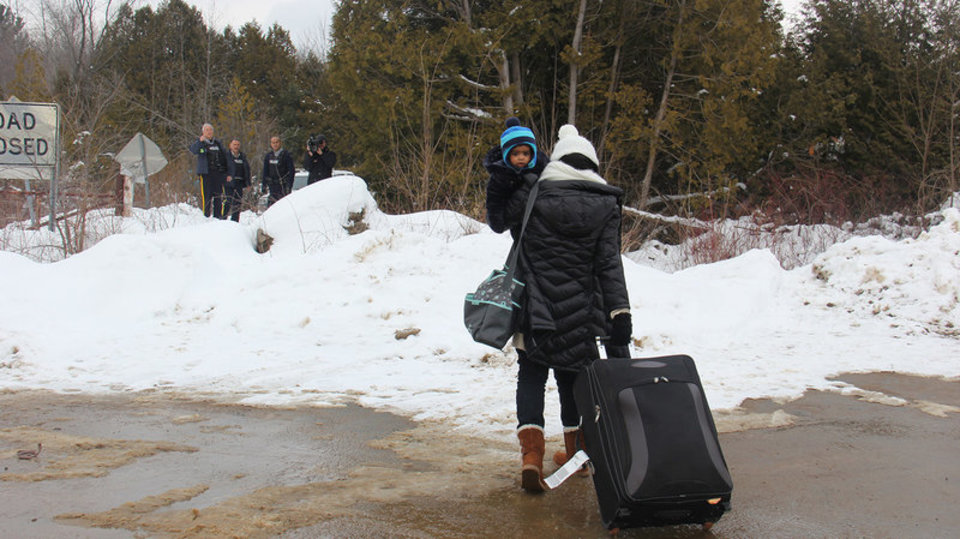 anonymous
The number of migrants crossing the border into Canada irregularly is down by roughly half compared to this time last year. New numbers published by Immigration, Refugees and Citizenship Canada show a total of 1,196 irregular migrants crossed into Canada at unofficial points of entry in May, with the vast majority of those — 1,149 — crossing into the province of Quebec.

The number of migrants crossing the border into Canada irregularly is down by roughly half compared to this time last year.

New numbers published by Immigration, Refugees and Citizenship Canada show a total of 1,196 irregular migrants crossed into Canada at unofficial points of entry in May, with the vast majority of those — 1,149 — crossing into the province of Quebec.

And while that province remains Canada’s epicentre of irregular border crossings, the numbers overall paint a picture of a dramatic year-over-year decrease in the number of migrants entering the country at irregular points.

Between January and May 2019, a total of 5,140 irregular migrants were intercepted by the RCMP. That’s a decrease of 46 per cent compared to the 9,481 who were intercepted during the same period last year.

Quebec, Manitoba and British Columbia continue to be the main sites of those interceptions. Only Manitoba has seen a small but steady increase between January and May 2019; however, that month-to-month increase remains below the levels the province saw last year.

In that province, irregular migration stalled to one per month in both January and February before increasing to 13 and 15 in March and April, respectively, and 27 last month.

In Quebec, the scale of the issue remains larger than in the other provinces but markedly below the levels seen last year.

The province received 871 irregular migrants in January and 800 in February. That increased to 967 in March and 1,206 in April.

Since the influx began in early 2017, irregular migration numbers have tended to be lower during the colder months than the warmer ones, but that trend is not absolute and officials have cautioned against attributing the numbers to any kind of summer wave in migration.

For example, even during the peak of the problem in 2018, 1,263 irregular migrants crossed the border in June compared to 1,517 in January.

Instead, officials have attributed the ebbs and flows to a range of factors and have taken a broad approach to working with migrant communities to dissuade people from viewing an irregular crossing as a way to circumvent the Canadian immigration system.

Finding a way to limit the flow on a larger scale has been a challenge for the government in recent years because of a loophole in the Safe Third Country Agreement, under which both Canada and the United States recognize each other as safe countries for asylum seekers to make their claims.

Under the terms of the agreement, an asylum seeker must make their claim in the first safe country they arrive in. That means that Canada and the U.S. will not consider applications from individuals who had the opportunity to make a claim in the other country first.

But that provision only applies to asylum seekers who try to make their claim at official points of entry.

That means anyone crossing into Canada at an unofficial point of entry from the U.S. (or vice versa) can make a claim for asylum that would normally be rejected if they had tried to do so at an official border crossing.

As Global News reported last year, Canadian officials recognize that the agreement is “no longer working as intended” but have encountered difficulty in trying to get the anti-immigrant Trump administration to open talks on fixing the loophole.

The receiving country is then on the hook to pay for the processing of the asylum seeker’s legal claim, their interim support and any eventual deportation that could result.

In Canada, the parliamentary budget officer estimated in a report last year that each irregular migrant costs the country between $10,000 and $34,000 to assess and process, depending on how long it takes to complete their claim and whether deportation is required.

A total of 45,152 have crossed the border irregularly since January 2017, according to immigration officials.