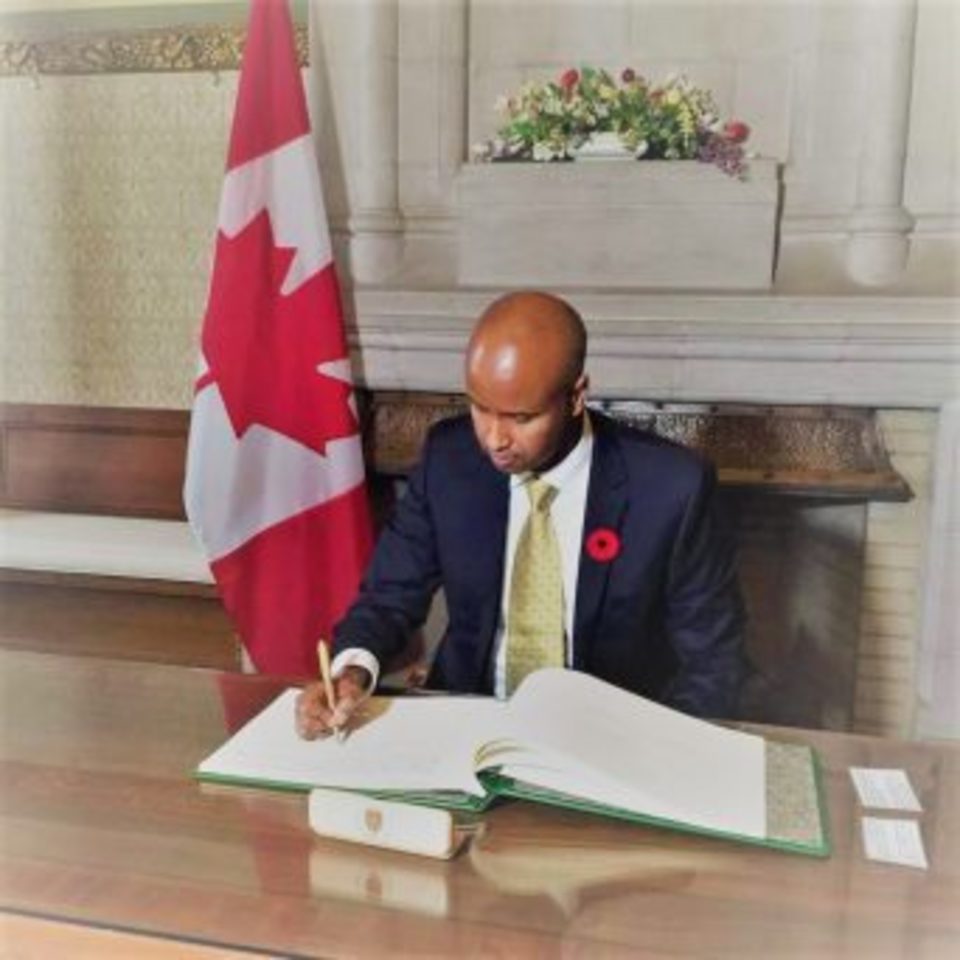 Toronto MP Ahmed Hussen will be the new immigration minister

AHMED Hussen, MP for York South-Weston, and a Member of the Standing Committee on Justice and Human Rights, will be the new Immigration Minister, according to news reports.

Prime Minister Justin Trudeau is expected to announce a cabinet remake on Tuesday.

Hussen, a lawyer and social activist was born and raised in Somalia. He immigrated to Canada in 1993 and settled in Toronto.

Ahmed currently serves as the National President of the Canadian Somali Congress – a Somali community organization that works with national and regional authorities to advocate on issues of importance to Canadians of Somali heritage and strengthen civic engagement and integration.

Ahmed is fluent in English, Somali, and Swahili, and earned his B.A (History) from York University and his Law Degree from the University of Ottawa. In 2004, the Toronto Star recognized him as one of 10 individuals in Toronto to have made substantial contributions to the community